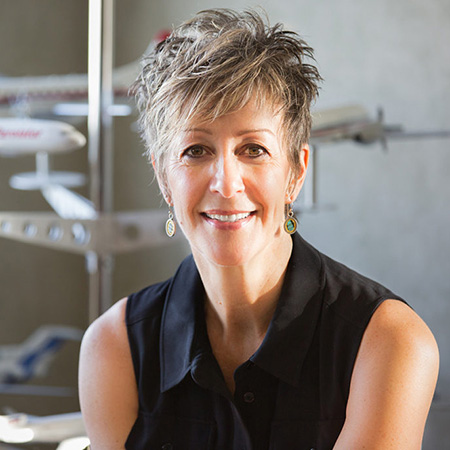 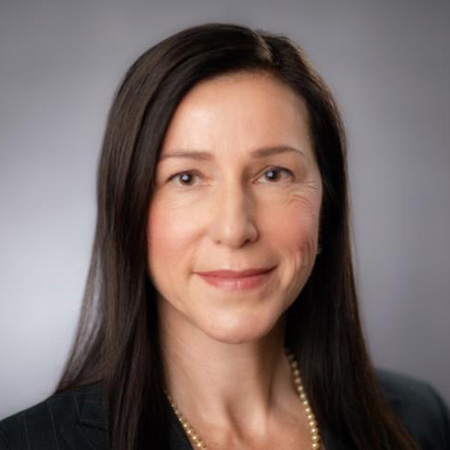 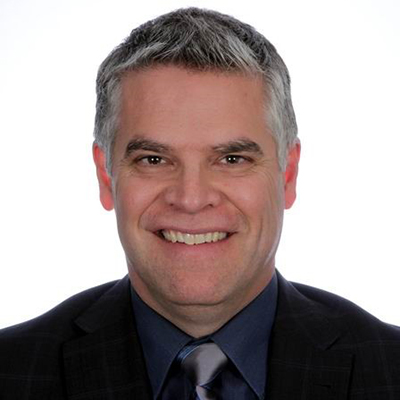 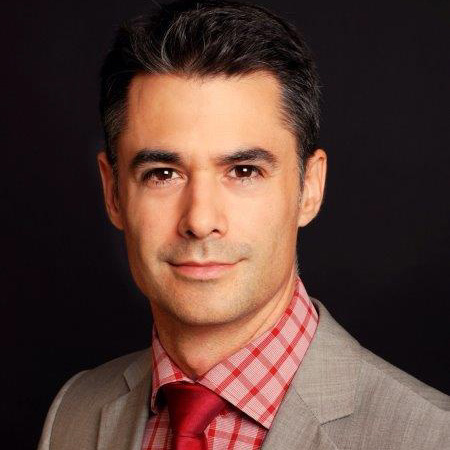 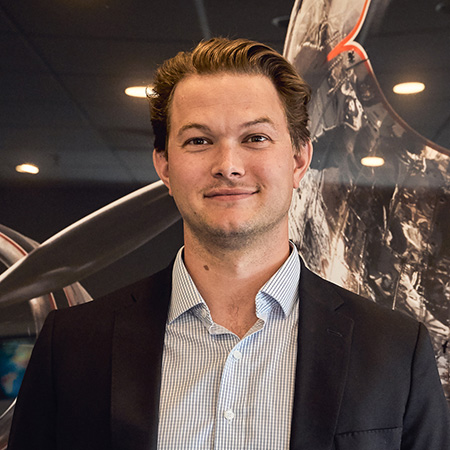 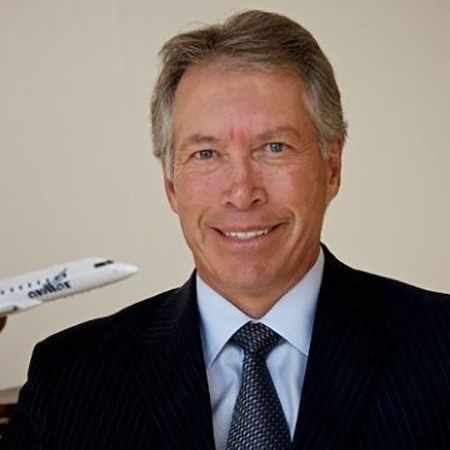 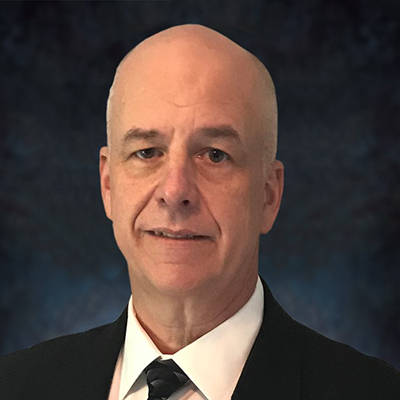 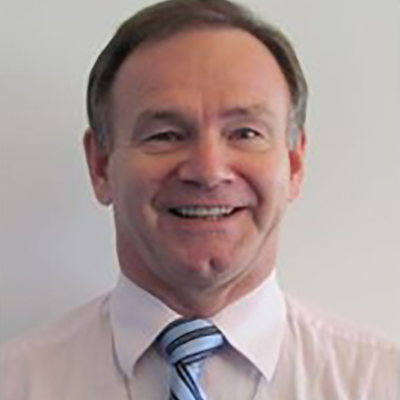 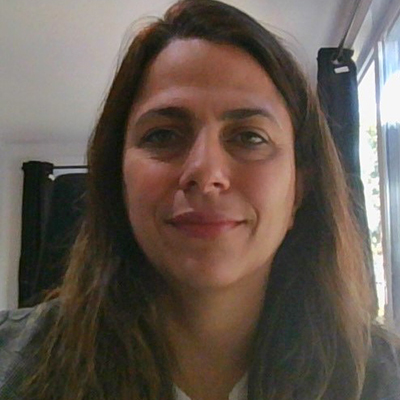 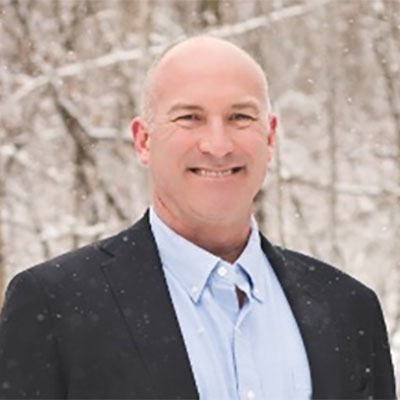 Tracy Medve is the Board Chair of SkyAlyne – a partnership between KF Aerospace and CAE.

Since she began her career in aviation in 1985, Tracy has held various senior airline management positions, including at Norcanair, Time Air, Canadian Partner and Canadian Regional Airlines. Tracy was the co-founder of C.T. AeroProjects, a Calgary-based consultancy focused on air transport resource management, working with a wide range of public and private aviation clients around the world. From 2007 to 2012, Tracy was the President of Canadian North Airlines.

In May 2013, Tracy was appointed President of KF Aerospace and became President and CEO in August 2021.

Tracy is the Past Chair of the Air Transportation Association of Canada (ATAC) and the first woman in Canada to be inducted as an Honorary Life Member of the organization. She previously sat as a Director of the Canadian Association of Defence and Security Industries (CADSI) and was a member of the University of British Columbia, Okanagan External Advisory Board. Since 2003 she has served as a part-time member of the Transportation Appeal Tribunal of Canada (TATC). Tracy is the current Chair of the Fortis BC Board of Directors and the current Board Chair of SkyAlyne.

Tracy also served in the Canadian Armed Forces Reserves as a Signals Officer from 1975 to 1981. She has two sons and enjoys golfing, cycling and learning to play the piano in her spare time.

France Hébert is Vice-President and General Manager, Defence & Security (D&S) for CAE Canada. France leads the Defence & Security business in Canada, shaping the vision and the operational and commercial strategy for the division, which includes 14 sites across the country and a team of over 650 employees, many of whom are embedded with military units across the country. As an influential leader, France is CAE’s representative for D&S Canada with the federal Government and Canadians.

France has over 30 years of experience working in defence and aerospace. Over the course of her career, France has held senior positions in strategy, business development and operations. She brings extensive leadership experience with a proven track record on complex billion-dollar programs. She successfully won business in Canada and abroad, being recognized with numerous awards. Prior to her current role, France was Head of Land C4ISR Business Area for General Dynamics Mission Systems Canada, Ottawa. She was fully accountable for the line of business including all aspects of execution, operations and finance of the Canadian division.

Through her varied career, she was an officer in the Canadian Armed Forces and worked for three companies playing major roles in Canada, namely: Bombardier, Nortel and General Dynamics Mission Systems – Canada (GDMS-C).

France is a Professional Engineer who holds a Bachelor of Engineering (Physics) from the Royal Military College of Canada. She also holds a Project Management Professional (PMP) designation. France has two children in university and lives in Ottawa with her husband. She is a second dan black belt in Tae Kwon Do and enjoys decompressing at Crossfit.

A Chartered Professional Accountant (CPA) since 1992, Mario Poirier was appointed Vice-President, Finance for CAE Defense & Security division in 2011. He started his career at CAE as a Finance Director for the same division in 2006.

Mario is a senior executive with over thirty years of experience in the defence & security, IT consulting and software industries. He came to CAE from Cognicase Inc. – an IT consulting company acquired by CGI in 2002 -where he worked as Vice President and Controller for 6 years. Previously Mr. Poirier was the Controller of a very successful software company called Softimage Inc., which was acquired by Microsoft in 1997. Mr. Poirier started his career with Mallette, Benoit, Boulanger, Rondeau as an auditor.

Prior to his current nomination, Marc-Olivier Sabourin was accountable for the solid and profitable growth of CAE’s Defense & Security business as Vice President and General Manager in the Europe & Africa region. Previously, Marc-Olivier Sabourin was accountable for CAE Operations within the EMEA (Europe, Middle-East and Africa) region in the capacity of Director, Regional Operations. As such, he managed CAE’s production sites in Hungary and the United Kingdom in addition to the German office and all the activities executed in the Canadian headquarters for customers of the EMEA region.

Marc-Olivier Sabourin has an exciting track record to support the growth plans and goals for the European region, having extensive experience in Business Development, Sales, Engineering and Project Management, both globally and domestically as well as developing CAE’s business in the region and in Germany.

In 1996, he began his career within the simulation and training industry with CAE, at the head office in Canada, where he spent over 10  years in project execution covering different roles from software development to project management. In 2006, Marc-Olivier Sabourin was promoted to Director of Engineering for CAE Elektronik GmbH in Germany where he headed the successful completion of the cornerstone initiative NH90 German PFI project.

Jesse Bernhardt leads the legal functions for KF Aerospace’s worldwide operations, shaping the operational and commercial strategy for the KF Aerospace group of companies which includes interests in Ireland, the United States and fixed operating bases in Canada. KF Aerospace’s Canadian operations include the Allied Wings Military Flight Training base that supports the Royal Canadian Air Force through the Contracted Flying and Training Support (CFTS) Program.

Jesse earned a Juris Doctor (Law) from the University of Alberta in 2013 and was called to the Bar in British Columbia in 2014. He has completed both levels I and II of the Certified Financial Analyst examinations. He began his career practicing Corporate, Commercial and Banking Law working for Canadian chartered banks and credit unions across British Columbia. He began his defence and aerospace career in 2017 with KF Aerospace as associate legal counsel and was appointed General Legal Counsel in 2019.

In February 2020 Rick joined the Advisory Board of KF Aerospace and KF Capital. Rick has consulted on various financial and operating projects for the corporate group.

Rick has held vice president positions with two passenger airlines providing services to Air Canada and has provided consulting services to several other airlines. Before his aviation and aerospace activities, Rick was the owner-manager and partner of public accounting firms providing financial reporting, assurance, advisory, and tax services to small to medium-sized businesses in a variety of industries.

Rick obtained his Bachelor of Commerce from the University of Calgary and subsequently earned his designations as Chartered Accountant (CA) and Chartered Professional Accountant (CPA).

He is married and is an avid golfer and traveller.

JD’s previous role was as Vice President, Customer Support Group for L3Harris WESCAM Inc. While there, he led and grew the company’s customer service business while meeting and exceeding customer product sustainment requirements throughout their worldwide customer base. This included 12 service centers in Canada, the US, Asia, Europe, Australia and the Middle East.

JD was a Commissioned Officer in the Canadian Armed Forces, Armoured Corps. He is a long-standing member of the Canadian Association of Professional Engineers and holds a BSc in Electrical Engineering from the University of New Brunswick and a MBAm from the McGill University, Executive Institute.

Born and raised in Nova Scotia, Bill joined the Royal Canadian Air Force (RCAF) after university and spent 27 years in service, accumulating over 5000 flying hours on a variety of different aircraft. He flew combat missions during the first Gulf War and served two tours during the conflict in Bosnia. Bill also served with the Snowbirds Air Demonstration Team.

Bill has considerable experience in flight training and was involved extensively with the NATO Flying Training in Canada (NFTC) program. His last assignment in the RCAF was in Air Operations and Training, where he was responsible for overseeing the ab-initio pilot training for the RCAF.

After retiring from the Canadian military in 2004, Bill worked with Bombardier Military Aviation Training in several roles in sales, marketing and international training, business development and proposal development. He worked on the UKMFTS program, the Singapore Air Force Basic Wings Course (BWC), and the Air 5428 program in Australia.

Bill is the Manager of Business Development and the Military Liaison for KF Aerospace Defence Programs. He was the Site Manager for the Contracted Flying Training and Support (CFTS) program in Southport, MB, for 5 years. Bill is also the Deputy General Manager of SkyAlyne – KF’s partnership with CAE for the Future Aircrew Training Program (FAcT).

Abir Kazan has over 20 years of diverse management experience in the defence and aerospace industry. In April 2018, she was nominated as the Capture Manager for SkyAlyne Canada, on secondment from CAE Inc. Ms. Kazan joined CAE, Defence and Security in 2001 and has gained extensive proposals, program management as well as leadership experience. As part of her professional growth, she has undertaken various skills and training development covering leadership, capture and proposal management, proposal writing, price to win, project management, earned value, relationship contracting, negotiation and “Defi 100 Jours” from “L’effet A”.

Ms. Kazan started her career at CAE as a Proposal Manager. She was then promoted to lead a team of Proposal Managers and Cost Estimators. She has successfully led, managed and produced Canadian and international proposals including the Operational Training System Provider (OTSP) and the CC130J maintenance training provider as well as the UK MFTS Multi-Engine Pilot Training.

In 2016, Ms. Kazan was nominated to become the project manager on the UK MFTS Multi-Engine Pilot Training – for the delivery of the ground-based training suite. In that role, Ms. Kazan has interfaced with the various stakeholders including Lockheed Martin RMS, the independent tester representing the UK MoD interests, Lockheed Martin UK, Babcock, Ascent and Embraer, taking the program on time and on budget ready for training in December 2017. During her assignment on the UK MFTS program, Ms. Kazan has undertaken her PMP training and obtained her certification in December 2016.

Before joining CAE, Ms. Kazan worked in the telecommunication field at Nortel Networks as a Prime Verification Engineer. She earned her Bachelor’s Degree in Electrical Engineering from Concordia University in 2000.

Peter Fedak has spent over 30 years in defence, aerospace, and aviation. Since December 2021 has been the Head of Operations for SkyAlyne Canada, on secondment from KF Aerospace.

In 1989, Peter joined the Royal Canadian Air Force (RCAF) and over a 25-year period, amassed a vast amount of operational, training, and leadership positions including 4,600 hours of flying time.

Trained as a rotary-wing (helicopter) pilot, Peter spent his operational time with 1 Wing supporting the Canadian Army. He deployed to Haiti for peacekeeping, oversaw the training and implementation plan for the CH146 Griffon at 408 Squadron, supported the 1997 Manitoba Floods, and deployed to Afghanistan mentoring the Afghan Army Air Corps. Training experience was gained as a Qualified Flying Instructor at 3 Canadian Forces Flying Training School (3 CFFTS) at Southport, MB, rising to the highest category of A1. Following his time at 3 CFFTS, Peter was promoted to Major and was the Chief Instructor at 403 Operational Training Squadron in Oromocto, NB. After a two-year posting to Fort Rucker, Alabama, with the US Army, Peter was promoted to Lieutenant-Colonel and transferred to the Air Staff in NDHQ for one year. Peter’s RCAF career culminated as the Commandant of 3 CFFTS from 2012 to 2014.

Peter joined KF Aerospace in 2015 as the Site Manager for the Contracted Flying Training and Support (CFTS) contract in Southport. In this role, he was responsible for the effective and efficient delivery of all services provided to Canada for RCAF flight training under the CFTS contract. The CFTS contract provides a turn-key training operation for the RCAF, including implementation and management of all of the latest training and maintenance technologies.

Peter has a Master of Aeronautical Science degree from Embry-Riddle and is a graduate of the USAF JCSP and Air War College DL programs. In 2021, he completed an Executive MBA from Queen’s University.