The KF Centre for Excellence – A Shrine to Canadian Aviation

KF Aerospace Founder and Chairman, Barry Lapointe, has accomplished a fair bit in his life, to say the least.

A lifelong aviation enthusiast, Barry got his start as a pilot and mechanic in British Columbia’s Okanagan Valley, making a living writing contracts for crop-dusting and aircraft repair off the tailgate of his pickup truck. In 1970, he founded an aviation company then known as Kelowna Flightcraft, which would later become Canada’s largest commercial Aircraft Maintenance Organization (MRO), an aircraft engineering firm, air operator and training partner of the Royal Canadian Air Force. That company is now known as KF Aerospace

In 1986, Barry flew a DC-3 around the world to celebrate both the 50th anniversary of the aircraft and Expo ‘86 held in Vancouver, visiting 55 cities in 28 countries over a two-month period.

In 2018, KF Aerospace formed SkyAlyne, a partnership with Montreal-based company CAE, created to bid on the Future Aircrew Training contract (FAcT) for the Royal Canadian Airforce.

Along the way, Barry has generously supported charitable organizations across Canada, including the Heart and Stroke Foundation, the Kids’ Cancer Care Foundation at Kelowna General Hospital, and Girls Fly Too, among many others.

Oh yeah – and he was appointed the Order of British Columbia in 2015 and inducted into Canada’s Aviation Hall of Fame in 2019. 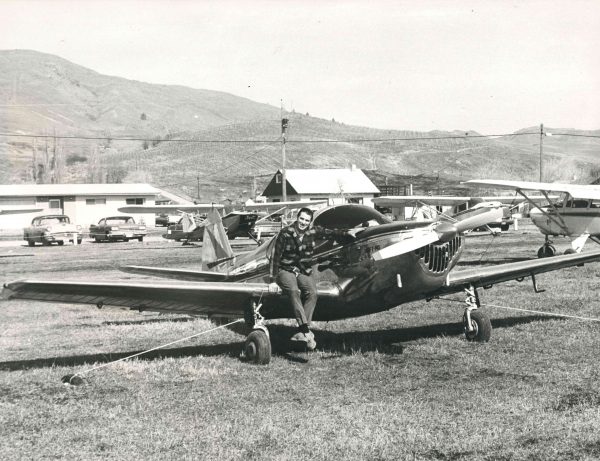 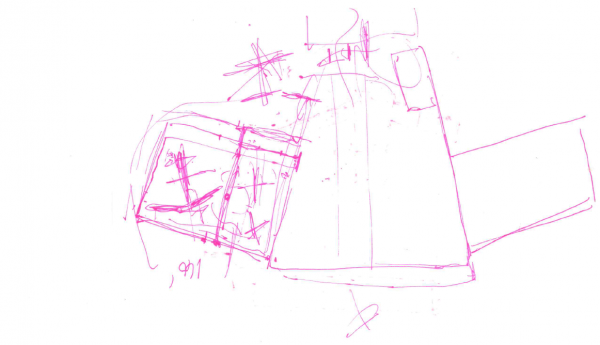 Despite his long list of accomplishments, Barry still yearned to create a true legacy project – one that people could point to as a beacon for the aviation community. So, one day he took his executive assistant, Paula Quinn, out for lunch, where he explained his vision. He explained how he wanted to create a community cornerstone where people of all ages could learn about the local and Canadian aviation communities, while also establishing a valuable resource for the local business community. But there was one catch – it had to look and feel like an airplane.

After he explained his vision at great length, he took a breath and looked at Paula across the table. She smiled, took a pen out of her purse and grabbed a cocktail napkin.

Although self-admittedly not an artist, Barry proceeded to draw a building that looked roughly like the fuselage and wings of an aircraft. He explained the ‘wings’ would be hangars for an expansive aircraft collection, while the ‘fuselage’ in the middle would provide conference facilities and an interactive museum-like exhibition where visitors would learn about aviation. He then looked back up at Paula and told her he wanted her to make it a reality.

Paula will be the first to say it was a mammoth task.

Fast-forward to 2022, and the state-of-the-art, 60,000 sq. ft. mass timber building, which started as a sketch from that cocktail napkin, stands tall at Kelowna International Airport (YLW), home of KF Aerospace’s main facility. The views are stunning in the picturesque surrounding valley, but the most captivating view may just be the building itself. With stunning curves, awe-inspiring accents and incomparable attention to detail, the KF Centre for Excellence is a magnificent feat of engineering and design.

Barry says the Centre is exactly what he wanted it to be. Not a typical museum, but rather a window into opportunity and innovation for the next generation.

“Flying and aviation gets into your blood. It just really does. It’s a passion that I want to instill in the young people today and let them know that there’s a great future for it and a great opportunity for them,” said Lapointe. “Let’s grab the youth. If they have a passion and a desire, then that changes everything.” 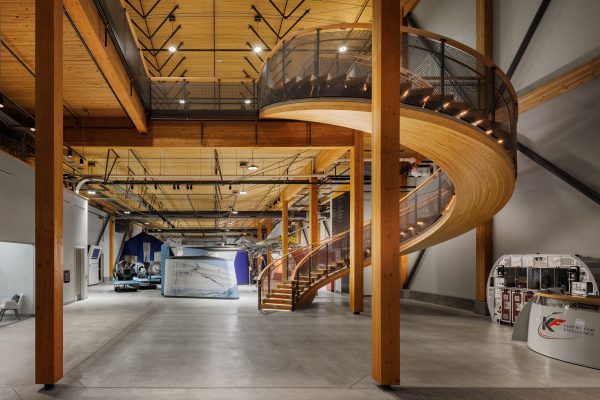 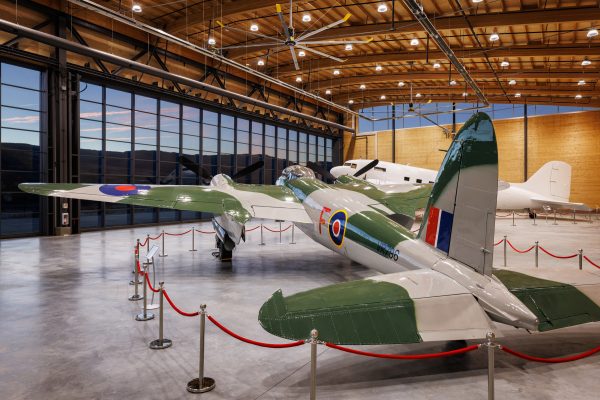 Opened in August 2022, the Centre offers something for everyone – from holographic media to flight simulators, a conference centre, an airfield viewing gallery, two hangars with access to view some of history’s greatest aircraft, and the ability to host tours and educational programs.

“This facility provides the foundation for the Centre’s work of celebrating our rich aviation history while providing opportunities for future generations of aviators,” said Lapointe.

Aircraft on display include a de Havilland Mosquito bomber, and the newly-restored Hawker Tempest MKII, among many others.

True to Barry’s wishes, the Centre for Excellence operates as a not-for-profit, and aims to promote the advancement of aviation, both in Kelowna and beyond, while advocating for the Canadian aviation community. KF Aerospace has been a part of that community for 52 years and continues to build upon its storied history. As mentioned, the company is a founding parent company of SkyAlyne, an organization formed to bid on the Future Aircrew Training (FAcT) Program, which would see SkyAlyne train the next generation of Royal Canadian Air Force pilots. KF Aerospace has long held a strong relationship with the RCAF, and the Centre for Excellence has made it a priority to showcase our country’s air force’s contribution to Canadian aviation.

“Once you start reading the stories as you walk around, it’s quite amazing,” says Paula Quinn, now the KF Centre for Excellence Executive Director. “The engines we have on display, the heritage aircraft we have on display, people can go back to their grandfathers and forefathers, they have a connection – they have that history and it’s brought a lot of emotion out in people and it’s great to hear the stories and to share that with them.”

“This building will truly be a landmark in the Okanagan Valley for decades to come,” says Quinn. 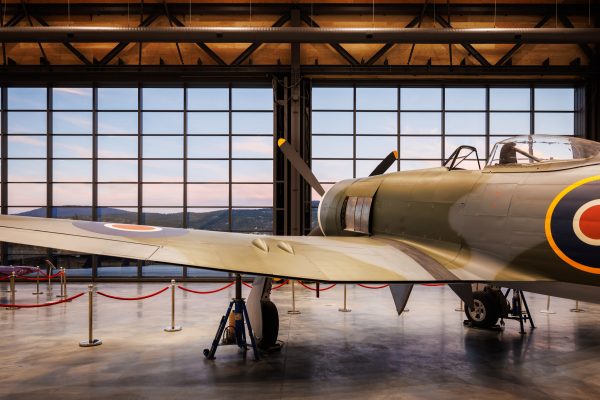 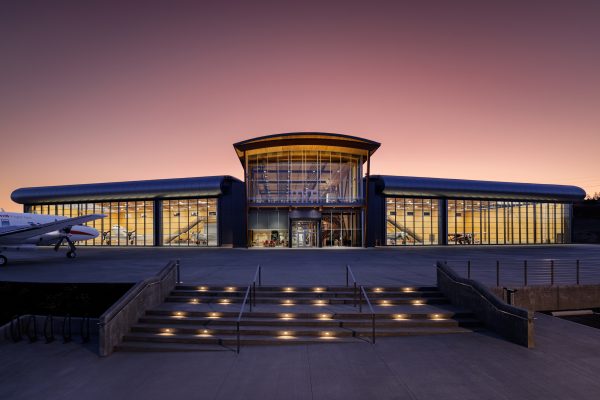 In the few short months since it opened, the Centre has already become a must-visit for both aviation enthusiasts and the general public. With thousands having passed through its doors, the building has already played host to many conferences, galas and celebrations, with many more already filling up next year’s calendar.

“It was built with the entire community in mind, to be a place where those from all generations, cultures and backgrounds can gather,” says Quinn.

“And it has certainly lived up to that vision.”

To learn more about the KF Centre for Excellence, visit their website.